Felicity Aston: Women as key players in the Global Climate Solution. And… Life Lessons from Explorers

What women are doing to support climate changes and the importance of their role. How we can help climate change with simple steps. Learning life lessons from the great explorers.

We are lucky to have Felicity Aston MBE back on the show today giving us updates on climate change and the evolution she has seen over the last 20+ years, and baby steps we can take to help. Also Felicity will be giving us some valuable tips about what we can learn from the great explorers to help us in life.

We will be discussing:

Listen to the audio podcast here:

In January 2012 she became the first and only woman in the world to ski across Antarctica alone. The 1084-mile, 59-day journey also made her the first person in the world to do so alone and purely by muscle power without the aid of kites or machines. ‘Outside Magazine’ – the most popular adventure sport magazine in the US – named her a 2012 Adventurer of the Year.

In 2009 she led the 38-day, 600-mile Kaspersky Lab Commonwealth Antarctic Expedition, the largest and most international women’s team ever to ski to the South Pole. The team included women from Brunei Darussalam, Cyprus, Ghana, India, Jamaica, Singapore and New Zealand. Felicity was responsible for selecting, training and leading this diverse, multicultural team of ‘ordinary’ women for one of the most arduous journeys on Earth. Her book about the expedition, ‘Call of the White: Taking the World to the South Pole’ was published in March 2011 and was a finalist in the Banff Mountain Book Competition that year. Her second book, ‘Alone in Antarctica’ was released by Summersdale in 2013 and instantly ranked within the top ten adventure titles on amazon in the UK and US.

Felicity has led several other notable expeditions including the Women’s Euro-Arabian North Pole Expedition 2018, the first British women’s crossing of Greenland, a 450-mile winter crossing of Lake Baikal in Siberia and an adventurous expedition in Iceland for young people with a brain injury. She was also part of the first, ever, all-female team to complete the Polar Challenge, a 350-mile endurance race to the magnetic north pole and has completed the notorious Marathon Des Sables, a 150-mile foot race across the Sahara.

Trained as a Physicist and Meteorologist, Felicity’s first polar experience was as a scientist with the British Antarctic Survey. Based for three years on a remote research station on the Antarctic Peninsula, her job was to monitor climate and ozone.

She now speaks to audiences around the world, sharing her polar experiences. Drawing on the trials and triumphs of her expeditions, Felicity uses her presentations to provide a fresh and insightful look at leadership, teamwork, resilience, adapting to change, risk management, virtual teams, motivation and diversity – as well as subjects around climate change and polar exploration. 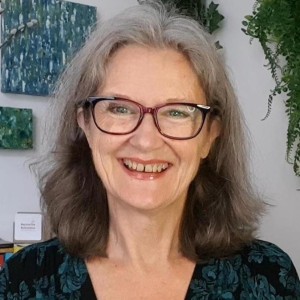 Tips from the Zen Den